WHAT IS AN URBAN ROOM?
An Urban Room is a friendly space where people from all walks of life can come together to help create a future for their local area.

The term ‘Urban Room’ was first coined in 2015 by the Farrell Review which recommended that every town and city should have one. 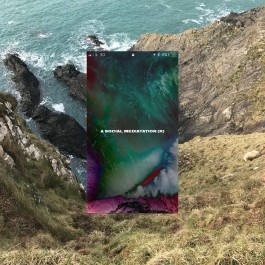 First example with text surrounded by a red border.
Although Urban Rooms come in all shapes and sizes, they all share the same principles: a focus on our shared built environment - streets, neighbourhoods and public spaces an open door - all welcome, especially those who are traditionally underrepresented in decision making about the future of our towns and cities exploration through creative activities - to prompt curiosity and fresh thinking to be ‘on-site’, that is, located in the places that are being discussed

Text with link on this slide

And some more text and a different link on this slide

one final text with link

where does the caption sit?

Although Urban Rooms come in all shapes and sizes, they all share the same principles:

An Urbans Rooms can be...

The term ‘Urban Room’ was first coined in 2015 by the Farrell Review which recommended that every town and city should have one. Since then many places across the UK have benefited from Urban Rooms. In 2015 the Urban Rooms Network formed to support groups and organisations that wish to set up their own Urban Room in their place.

This is the Urban Rooms Network definition of an Urban Room:

“Every town and city should have a physical space where people can go to understand, debate and get involved in the past, present and future of where they live, work and play. The purpose of these Urban Rooms is to foster meaningful connections between people and place, using creative methods of engagement to encourage active participation in the future of our buildings, streets and neighbourhoods.”